UK to support record renewables capacity in next CfD auction

Government aims to support 12GW of installed capacity in the upcoming round of its scheme for low-carbon generation, doubling the capacity from previous rounds.

In September 2021, the Department for Business, Energy & Industrial Strategy (BEIS) announced that Contracts for Difference (CfD) – its flagship support scheme for low-carbon energy – will be backed by an extra £265m per year in the fourth auction round. BEIS aims to double the capacity of renewables from 6GW in 2019 to 12GW. £200m is allocated for offshore wind, £55m for emerging renewable technologies – with £24m ringfenced for floating offshore wind – leaving £10m for other established technologies, e.g. onshore wind, solar PV and hydropower.

Boris Johnson also announced an ambitious government target for all electricity in the UK to come from clean energy sources by 2035. This honours the government’s previous commitment to reduce carbon emissions by 78% by 2035, and the CfD will likely play a key role in delivering this.

Offshore wind has been hugely successful in the UK in the last decade, growing from 1.3GW in 2010 to 9.5GW by 2019 (See Figure 1 below). It has increasingly been the main focus of government. Indeed, the plan to quadruple the UK’s offshore wind capacity to 40GW by 2030 is the first point on the 10 Point Plan for a Green Industrial Revolution. Now the government has shown it’s committed to the technology by allocating over 75% of the total funding in the upcoming CfD auction to offshore wind.

Figure 1. Installed capacity (GW) of low-carbon energy in the UK

One of the big advantages of offshore wind is its ability to develop gigawatts of installed capacity in single projects, far out to sea, without the visual impact of technologies like onshore wind or solar. As the industry has grown, so technology costs have fallen sharply. This further strengthens the case for offshore wind as a key renewables technology in the UK’s transition to net zero carbon. Offshore wind technology costs have actually gone down faster than anyone predicted. CfD strike prices fell 67% between 2015 and 2019 to as low as £39.65/MWh (2012 prices, c.£48.03/MWh in 2021 prices).

In the upcoming CfD round no other technologies would compete for the £200m annual pot which has been set aside for offshore wind alone. Plus, there’s no cap for the allocation. All of this signals that offshore wind is likely to deliver the majority of the renewable energy capacity in the medium term and supports the government’s target of installing 40GW of offshore wind by 2030.

Bringing onshore wind and solar in from the cold

When the CfD scheme launched in 2015, onshore wind and solar PV were eligible for CfD support. However, both were later removed from the scheme – except remote island wind which was allowed to compete in the 2019 auction. These technologies were seen to be mature and beyond the requirement for support mechanisms. However, the slow roll out of these technologies, especially solar PV, in the following three years shows that perhaps the decision was too hasty. In 2015 when these technologies were removed, it was expected that future power prices would keep increasing. And, in turn, investors would construct more renewable energy assets which cost less than electricity. However, over the last few years we’ve seen a more pessimistic long-term view of power prices, as shown in Figure 3 below. Investors aren’t comfortable with power price risk and the pace of developing these assets has fallen behind expectations.

Having committed to legally binding net zero targets, in 2020 the government reintroduced onshore wind and solar into the upcoming CfD auction. There’s been a boom in solar development over the past 24 months, thanks to the lower costs of solar modules and the possibility of stabilising revenues via the CfD. According to Solar Media, the total ground-mount solar PV pipeline has grown from around 4GW in January 2019 to around 20GW in August 2021. M&A activity for solar PV is also rising, especially for early-stage development portfolios. A wide range of investors, including oil majors (e.g. Shell and BP), module manufacturers (e.g. Canadian Solar) and infrastructure investment managers (e.g. Octopus and Foresight) have all been pursuing early-stage assets to boost returns. Activity in onshore wind has also been steadier during the years without CfD support, as excellent wind speeds in the UK have supported project economics. However, developing large GW portfolios like the ones we see in solar is more restricted due to the current constraints in planning conditions for onshore wind.

By separating offshore wind into a dedicated pot, it’s expected that onshore wind and solar PV will better compete in the auction process. However, the £10m pot for ‘established’ technologies such as solar PV, onshore wind and hydropower at £10m is much smaller than the pot for offshore wind. Plus, with a combined cap of 5GW for solar and wind for each delivery year, neither technology is allowed to have more than 3.5GW of this limit.

Cornwall Insight estimates that 3GW of solar and 5GW of onshore wind are eligible to participate in the next CfD auction, pointing to significant competition. This gap in capacity and CfD strike price levels falling significantly short of wholesale power prices means investors are seeking alternative solutions. For example, Corporate Power Purchase Agreements (CPPAs), whereby businesses purchase renewable power to secure a stable electricity price and meet their sustainability goals. We’re likely to see more projects looking to contract on this basis and consider alternatives, such as private wires linking a project to an electricity consumer or hydrogen production.

£55m has been allocated to a pot to support emerging low-carbon technologies, such as floating offshore wind, tidal stream, geothermal and wave, with no capacity cap. £24m of this £55m has been ringfenced for floating offshore wind, which is still in its early stages. However, there is significant investor interest in this technology and revenue support has been welcomed by the industry.

Rolling out floating offshore wind turbines has been slower than fixed bottom ones as the technology which is used in deep waters is still more expensive. Currently the UK only has two operational floating offshore wind farms, both in Scotland. These are the 30MW Hywind project commissioned in 2017 – the world's first floating wind farm, and the 50MW Kincardine project commissioned in 2021.

Renewable UK data suggests there will be a major global surge in rolling out this technology between 2025 and 2030. It estimates that the total global pipeline for floating offshore wind projects is 54GW. The UK is the leader with 8.8GW and multiple bids for floating projects submitted in the January ScotWind offshore wind leasing round. Government support will be particularly important for boosting development in Scotland which boasts one quarter of Europe’s total offshore wind resource, much of which requires floating solutions.

Despite modest deployment so far, floating technology costs are reducing with the maximum CfD strike price in the upcoming auction set at around £142/MWh for 15 years. This is down from nearly £200/MWh support awarded to Hywind and Kincardine under the legacy Renewables Obligation scheme, on top of the price the projects sell their electricity for over a period of 20 years.

One of the ways to further reduce cost will be scale. Currently, commercial scale floating offshore wind projects being considered by developers are much larger than existing projects, from 100-200MW up to as much as 1GW in a single project. One example is the 1GW Emerald floating wind array being co-developed by Shell and Simply Blue Energy in Ireland. Such ambitious projects may suggest that the UK government target to enable 1GW floating offshore wind by 2030 needs to be revisited sooner to reflect the technology’s large potential.

The CfD sealed bid window for applicants who have qualified by the end of 2021 is expected to run between May and June 2022, with successful applicants notified in July. The auction is likely to be highly competitive as the renewable energy pipelines across technologies keep expanding. While the industry will be eagerly awaiting the strike prices agreed with successful bidders, especially given the recent surge in electricity prices. Successful projects are expected to be delivered between 2023 and 2027. 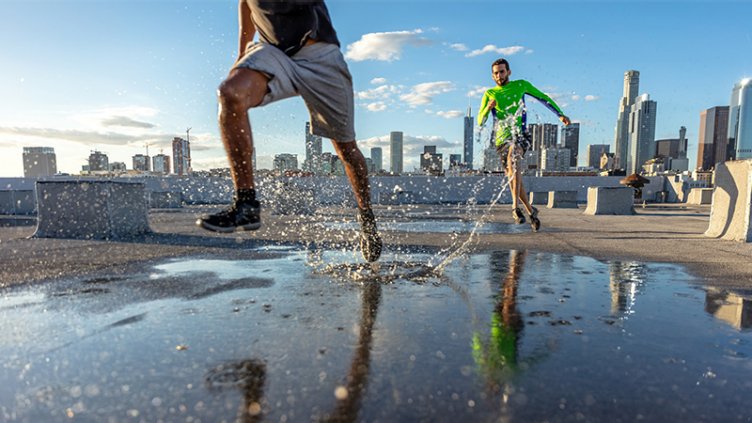 5 ways cities must step up to the net zero challenge 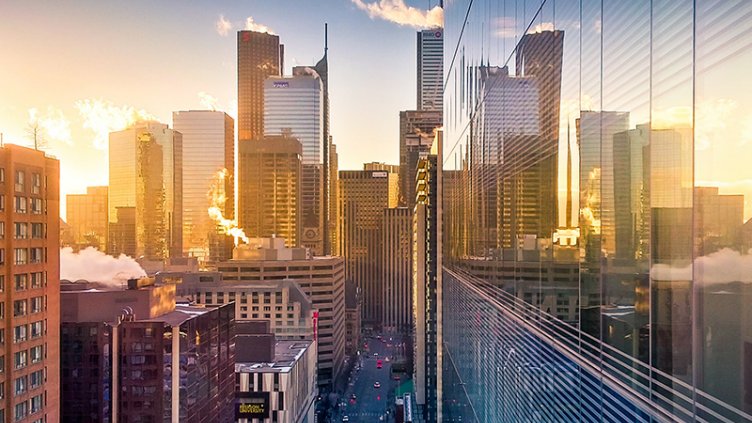 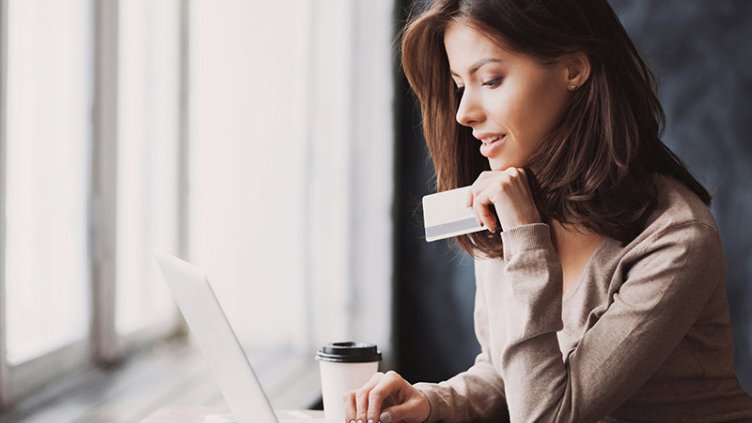 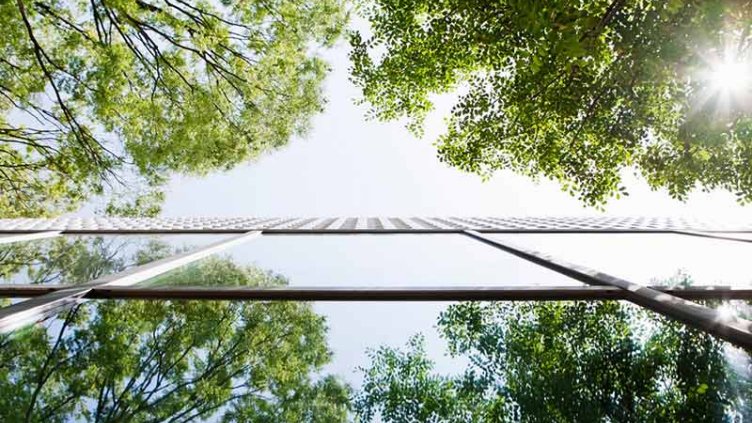