Is the sky the limit for the UK’s urban rooftops?

In cities across the UK, rooftops are being transformed in innovative ways, from urban gardens that supply local markets to leisure facilities like basketball courts, running tracks and mini golf.

As urban land becomes more scarce and demand for central locations for services and amenities grows, landlords are looking skywards to maximise value from buildings.

Previously underused or ignored, rooftops across a range of commercial real estate are increasingly used for a range of purposes from gardens that promote wellbeing or sustainability to hosting pop-ups or solar panels.

Office buildings are prime spots for rooftop amenities that offer exclusive perks to tenants; take the White Collar Factory in London’s tech heart, topped by a 150-metre running track. Google’s forthcoming London HQ boasts landscaped rooftop gardens and its own running track while an office development in Paddington will feature one of the city’s highest basketball courts.

Furthermore, many coworking hubs across the city are equally offering their own outdoor rooftop spaces for al fresco events and socialising.

“Well-designed rooftop space gives office buildings a distinctive identity and a competitive edge,” says Guy Bransby, JLL’s Lead Director of Planning, Development and Heritage. “Tenants know they need to provide high-quality services and amenities to their employees to deliver a good workplace experience and attract and retain the best talent. Roof terraces and gardens are in high demand in cities like London.”

In-demand buildings can equally charge higher rents. “We have seen companies willing to pay a premium for buildings with good amenities, and where private terraces are available, this can add up to 15 percent premium,” says Dan Burn, JLL’s Lead Director of Central London Markets.

A birds-eye view for all

Other commercial real estate is looking to drive revenue from its rooftop by opening it up to the public. The rooftop of Selfridges on Oxford Street plays host to a rotating series of pop-ups, from mini golf and paddling pools to restaurants and bars.

Likewise, the roof of the new M&G headquarters in the City of London features a huge public terrace, created as a part of an agreement between developers and the city to mitigate the impact of the building on the local community and infrastructure.

As sustainability becomes more of a priority for real estate and cities, growing numbers of rooftops are being given over to urban agriculture. In London, along with other global cities such as Paris and Hong Kong, rooftop farms form part of a global movement to reduce food miles, increase land-use efficiency and boost the circular economy.

Meanwhile, recent research suggests that Manchester’s rooftops could be transformed into aquaponic farms that yield 180 million packets of salad per year.

Such measures can deliver direct benefits to the buildings themselves. “Urban growing techniques can be surprisingly efficient for buildings,” says Miriam Abbott, senior consultant sustainability at JLL. “They can better insulate a building, blanket it from extreme hot and cold weather, soak up surplus storm water, and even boost ailing urban wildlife.”

Equally, it’s not just about plants: London’s St. Ermin’s Hotel is home to a sprawling apiary, which provides both honey and a beekeeping experience for guests.

Making the most of space

Yet not all of the UK’s currently underused rooftops are destined for outdoor space. Some landlords are preferring to build on top of existing roofs to add extra uses to developments.

“Particularly in London, the price of acquiring buildings and land is prohibitively high,” says Bransby. “Extending upwards is attractive to landlords as the costs involved are generally lower than acquiring new buildings.”

Take Clifton House in North London, which started life as a warehouse before being converted to office and retail space. In its latest redevelopment, three new floors of grade A office space were added to the top of the building.

Building upwards in such a way is an increasingly common tactic in densely populated Asian cities where housing has even been constructed atop malls in Jakarta, Indonesia, and China.

Even for simpler projects, converting rooftops poses challenges, both architectural and from a planning perspective.

“Adding floorspace through additional storeys can raise planning considerations such as what impact the additional massing has on adjoining buildings or within key views to the site,” explains Bransby.

“And if planning authorities want to limit a certain type of land use, such as residential in the heart of the City of London, that can also raise issues.” In addition, security, access and health and safety issues become more complex, and thus more costly.

Despite the challenges, landlords will increasingly look at how urban rooftops are used, Burn believes.

“Occupiers are seeing these spaces as a big positive for wellbeing and staff amenity,” he says. “For developers, faced with the growing cost of putting a building in the market, anything that can drive a premium rental to help offset those costs is a significant benefit.”

With urban populations rising, heading upwards can be a better use of available space, even in European cities with building height restrictions, says Bransby. “It’s not just economics driving this trend, but also a recognition that we need to be much more efficient with urban land, on which we’re placing a lot of stress and strain.” 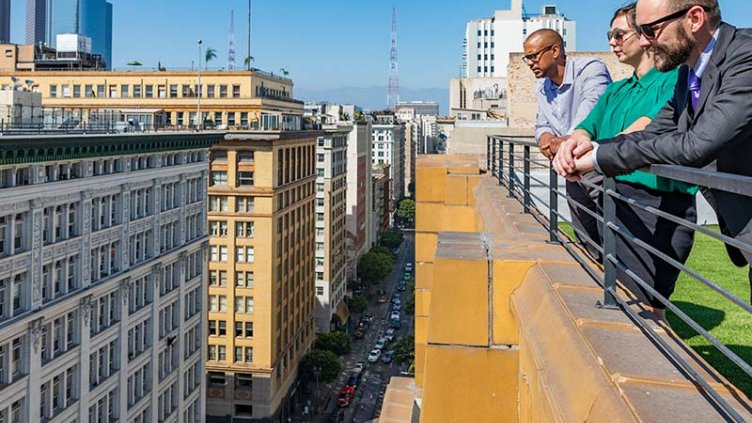 How governments and businesses are partnering to decarbonize cities 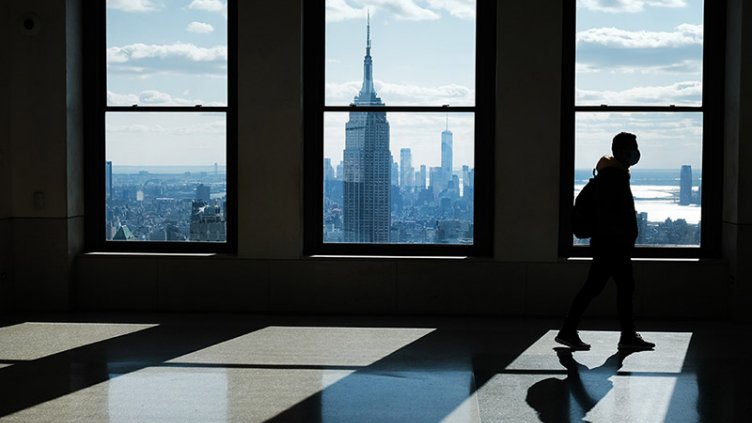 Return to work? It looks different across companies and regions

Why office subleasing is slowing 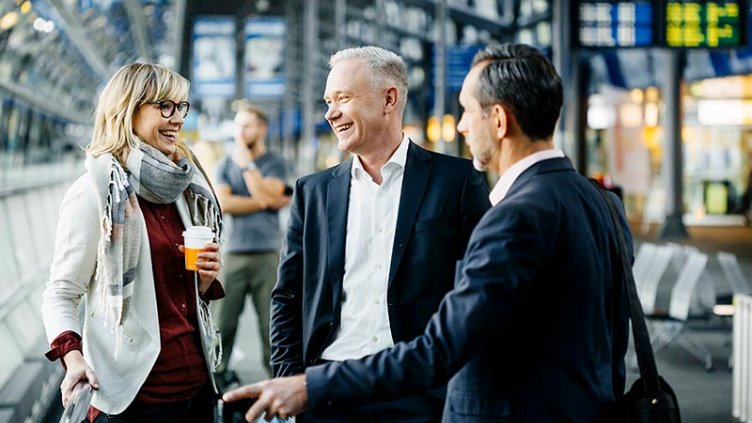 Can business travel bounce back to boost the hard hit hotel sector?